Founded in 1817, Lossit was the biggest producer of whisky on Islay in the industry’s formative years and lasted for half a century until it was silenced in 1867. The longest surviving and most successful of Islay’s farm-distilleries, Lossit was part of the transformation of Islay’s reputation from an outpost of smugglers to a leading force in the whisky industry.

Lossit featured all the amenities that made Islay distilling so desirable for illicit distillers: water, peat, space, and seclusion. As an illicit farm- distillery, Lossit relied on grain from its own supply of barley and fuel from the nearby peat bogs. Lossit would have changed little once licensed; most of the distilleries that emerged in the 1820s would have already existed prior to the 1823 Excise Act.

As a farm-distillery, Lossit was able to utilise its own available resources and ingredients for the spirit, using a work force that combined its duties as both distillery workers and farm hands. McNeill’s achievements as a distiller stemmed from his successes as a farmer. A successful harvest meant excess barley available for distillation, while the end of the Napoleonic Wars had eased Britain’s grain crisis, meaning it could be used in products other than food.

Lossit’s production figures of 12,411 imperial gallons (56,421 litres) between 1823-26 at an average of 4,137 imperial gallons (18,807 litres) per year, the biggest on Islay, were achievable because of Lossit’s status as a high-quality farm. This was all the more remarkable considering Lossit’s illicit past, and the inherent weaknesses of the smuggling trade which many carried on into potstill legalised distilleries: a low yield of spirit, waste of spent grains and uneven quality of spirit were all hangovers of the illicit industry.

Despite these potential issues, McNeill managed to maintain the fragrant, characteristically peaty taste of Lossit that so many cherished. 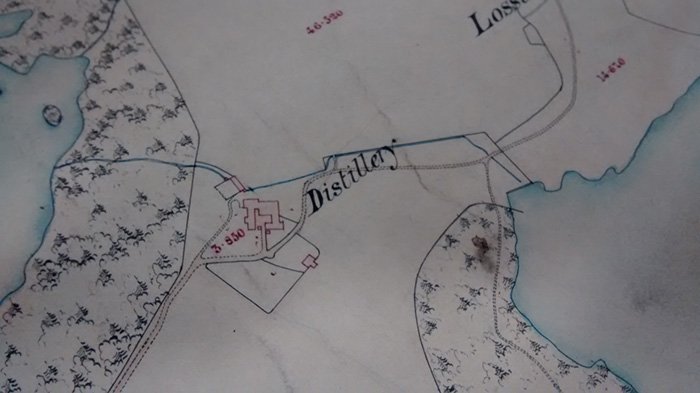 Beginning of the End

Between 1835 and 1844, 61 distilleries in Scotland closed. Lossit was one of these. Malcolm McNeill, now beyond his middle age, began to settle outstanding debts to the ‘late distillery’ in 1842. His heir and son-in-law Charles McNeill showed more taste for farming than distilling, and the matter appeared to be settled when the resident gauger Alex Mathieson left in 1846. However, in 1849 an advert appeared in newspapers across Scotland, advertising an Islay distillery with a character ‘so long and so favourably established, that it requires no description.’

Lossit was not dead, but this was to be the end of its era as a farm distillery. The distillery was purchased by the Stewart brothers, George and John Chiene, young men from Haddington, East Lothian, an agriculturally abundant area with a strong whisky heritage. 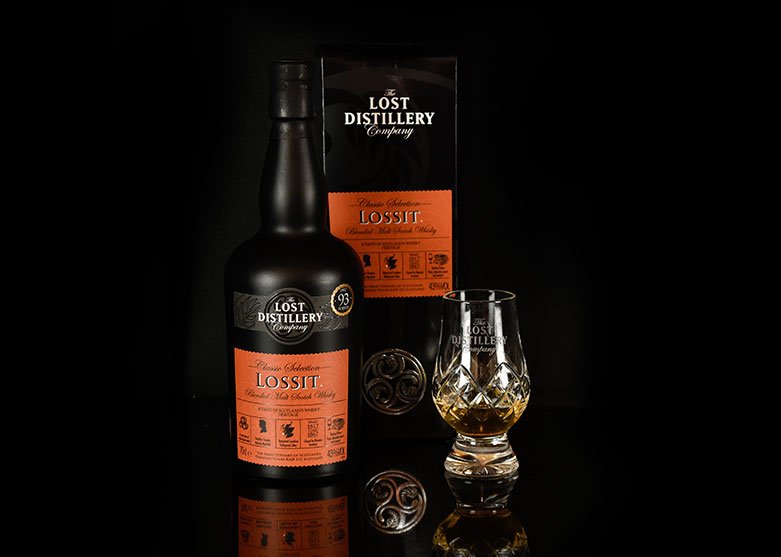 The End of an Era

Aged 24 and 20 respectively in the 1851 census, the Stewarts took on Lossit solely as a distillery and removed the farm element.

The census labels George as the distiller and John Chiene as distillery manager; they are accompanied by a skeleton staff of three distillery labourers, all from Glasgow.

Aged 24 and 20 respectively in the 1851 census, the Stewarts took on Lossit solely as a distillery and removed the farm element.

The census labels George as the distiller and John Chiene as distillery manager; they are accompanied by a skeleton staff of three distillery labourers, all from Glasgow. The opportunity to acquire a modern distillery with far superior transport links was arguably too good to miss. Lossit was limited, small and secluded in comparison, the qualities that made it perfect for illegal distilling now a hindrance. For Lossit, its spirit would continue to be used in the BLC blend and to furnish local markets, but any production had ceased by 1867. After Bulloch, Lade & Co relinquished its lease in 1870 and vacated the property, the distillery was gutted, and its plant buried in the property’s driveway. There the stills remain in their grave, the brand never to be tasted again.