Production in the early years was on a modest scale. The extremely small stills and rudimentary equipment was further evidence of the recent and short transition from unlicensed to legal distiller.

The small still whisky proved popular and was sold throughout Aberdeenshire. Its reputation and fortunes progressed, and the distillery was in good hands when Smith passed on the distillery to his stepson, assistant and heir John Maitland in 1864. 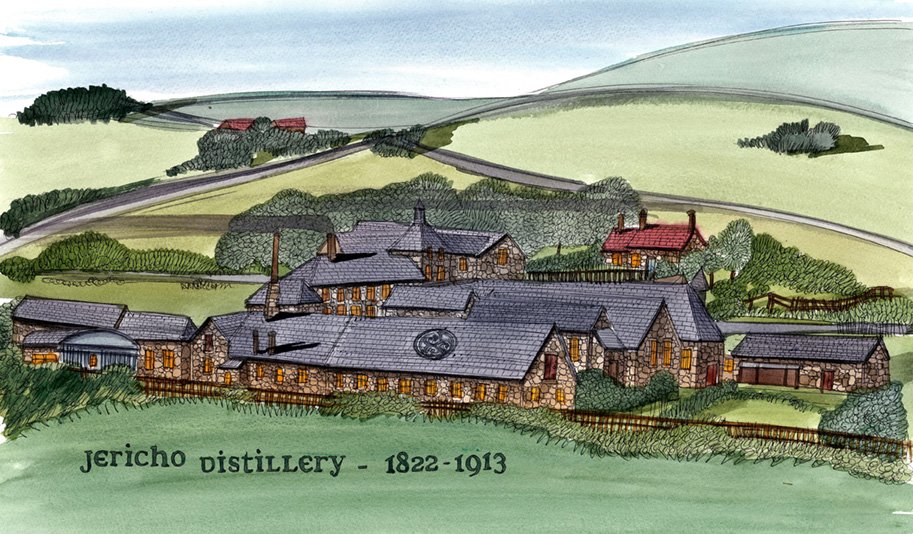 Like others of its era, the distillery would have utilised a combination of wild yeast and homemade cultures in the early years. Wild yeasts were air-borne and notoriously unpredictable and did not tolerate low ambient temperatures. Homemade cultures from potatoes and sugar were prone to creating off notes and were frequently full of bacteria and other contaminants. Dried yeast offered far greater reliability than wild yeast and allowed the newly modernised Benachie to produce wash of consistent gravity. The quality and flavour of whisky was significantly improved as a result.

Peat was readily available in the Aberdeenshire area where Jericho resided; indeed, it was noted as a selling point of the distillery when it was put up for sale in 1883. Derived from decomposed moss, shrub, leaf mush and heather, the peat would have added an earthy, woody note to the whisky. Used extensively by farm distilleries like Jericho in the distillation process, including to fire the stills, peat was still utilised by the modernised Benachie as the sole fuel to dry the barley, leaving an indelible mark on the character of the spirit. 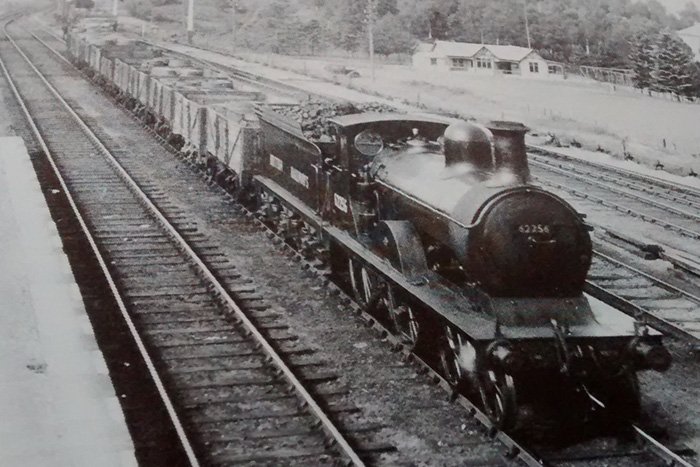 ​The distillery’s original mash tun was a small, handturned wooden vessel. Operating this primitive apparatus was a tiresome task, and the resulting mash was frequently lumpy with sugars poorly extracted. When John Maitland instigated his renovation and modernisation of Jericho in the late 1860s, an easily- cleanable iron tun was installed, measuring twelve feet in diameter and four feet in depth. The new tun had a mill-driven mechanical arm with revolving stirring gear attached. The rakes turned the mash, an automated process that offered better extraction of sugars and more consistent wort. In 1830, the distillery had six wooden washbacks, each averaging 880 gallons. These would have been difficult to keep clean, particularly after fermentation using yeast cultures that were potentially contaminated. Yeast activity was largely temperature driven, which meant that fermentation times in the washbacks could vary, and the strength of the wash was never consistent. Jericho probably aimed to run off a wash six days per week, although in earlier years at least, the volatility of primitive yeasts ensured that completing all six was never guaranteed. There were four washbacks in the Benachie era, each with the capacity of 3000 gallons. Therefore the volume of wash at the distillery was more than doubled:

Both Jericho and, in later years, Benachie specialised in small still whisky distillation, a continuation of techniques originating from the unlicensed pre-1823 era. A comparison of still capacity shows the progression made by the distillery:

When the still house was redesigned in the early 1880’s, Callander and Graham installed new stills:

1884 Benachie: Wash Still 1400 gallons Spirit Still 706 gallons
Therefore, wash still capacity was increased fivefold, and spirit still capacity tenfold. The new spirit still of 1884 was characteristically squat in shape but with a taller neck, meaning the Benachie spirit would have been slightly lighter than that of Jericho. 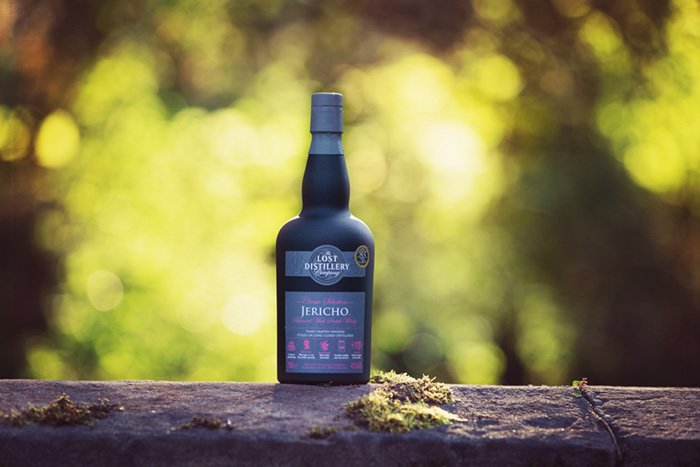 As the Second World War dawned, a dance was held to celebrate a wedding in the old malt barns of Benachie. An old cask of Benachie was pulled out, probably the last in existence. The wedding guests danced the night away, emptying the cask in the process. It was assumed that they would be the last people to taste the delicious, sherry-matured whisky that made first Jericho then later Benachie so famous.