The story of Gerston whisky is a tale of two distilleries, known as Gerston One and Gerston Two. Gerston One was a family-owned farmhouse scale distillery, with a typically small output, making high quality spirit that was in demand both at home and further afield. It was enjoyed by the great and good of London society and had customers as far apart as Brazil and India. It existed for over eighty years, and remained in the Swanson family for nearly all that time.

A Tale of Two Distilleries

Gerston Two was an industrial scale distillery with a capacity of 80,000 gallons of spirit per year. The owners hoped to emulate the success of the whisky from Gerston One by building a new distillery, which had a capacity almost ten times the size of Gerston One. Production at Gerston Two lasted for little over two decades – they were unable to replicate the success and, importantly, quality of spirit previously associated with the Gerston name.

The water source for Gerston One was an unnamed stream next to Gerston farm. The water ran from a nearby well before emptying into the Calder Burn. This would add a salty edge to the spirit, neatly accompanying the strong peat reek of Gerston One whisky. Gerston Two most likely used the nearby Calder Burn, which is a tributary of the Thurso River. A separate channel was built outside the distillery, which allowed water to flow through the complex for cooling and mashing. 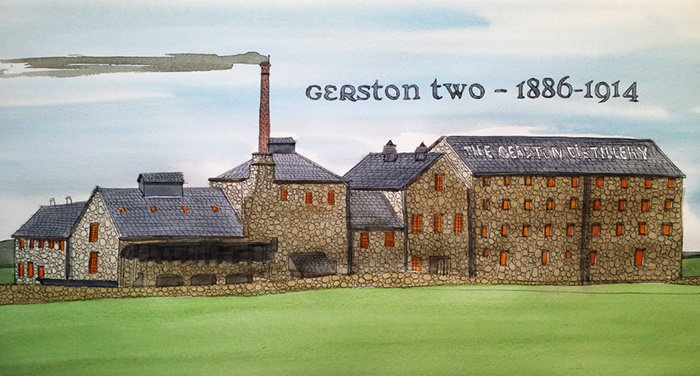 Gerston One used local peat from nearby Loch Calder. Peats cut in this area are distinctly briny and salty. There is no evidence that Gerston Two used peat at all. When Alfred Barnard visited in 1887, he noted that the spirit was “pure malt” a term, at that time, used to describe non-peated whisky. Barley malted at Gerston One was key to the success of the whisky. Evidence of this can be found from the 1826 Excise returns for Caithness, which noted that Gerston One produced 5763 proof gallons from 2891 bushels of barley.

Gerston Two shipped barley from the Lowlands of Scotland, and occasionally brought in barley from Eastern Europe. They had malting floors covering 9000 square feet and were floored with Portland concrete. Barnard noted the use of conveyors, and the saving of labour in this part of the process.

The barley used at Gerston Two could not attain the high yields attained by Swanson’s barley, and subsequently the whisky was judged accordingly. Gerston One would have favoured a combination of wild yeasts and domestic cultures. Wild yeasts are largely air-born, and the domestic culture was derived from potatoes and sugar. Gerston Two shipped commercial yeast supplied by Cameronbridge Distillery. 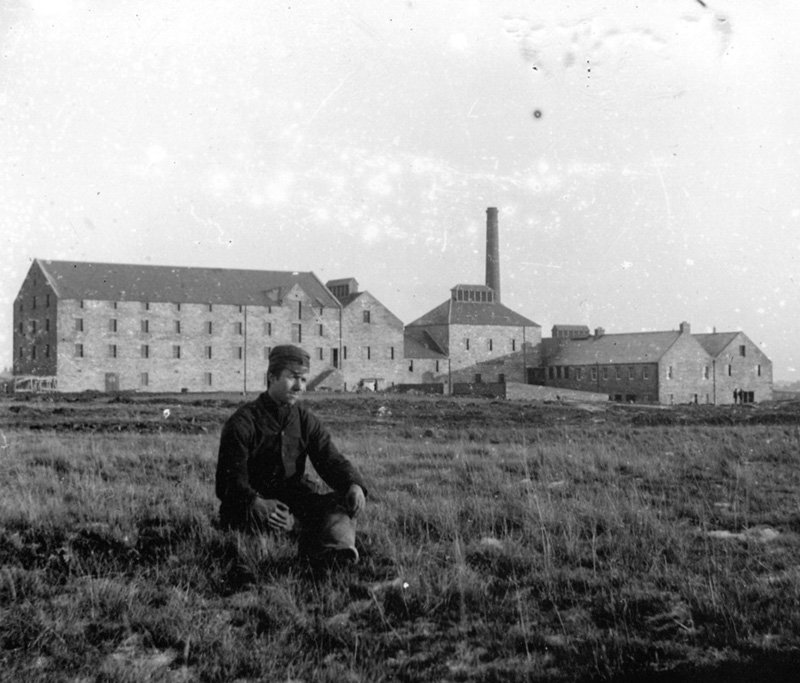 Gerston One would have most likely used a puncheon or similar-sized vessel for mashing. As the process was installed inside pre-existing farm buildings, they were always constrained by height and space.

Gerston Two had a set of four concrete mash tuns. Malted and kilned barley was elevated via a conveyor belt and dropped straight into the concrete tun. The draff house was located directly beneath the mash tun, and draff was collected via a sluice port.

Gerston One used a wooden washback – again likely to be a puncheon in the earlier years then most probably a purpose-built vessel as the business expanded. Gerston Two had six wash- backs made of Quebec red pine. They had a capacity of 8000 gallons each and were designed so they could be steam-cleaned after use. 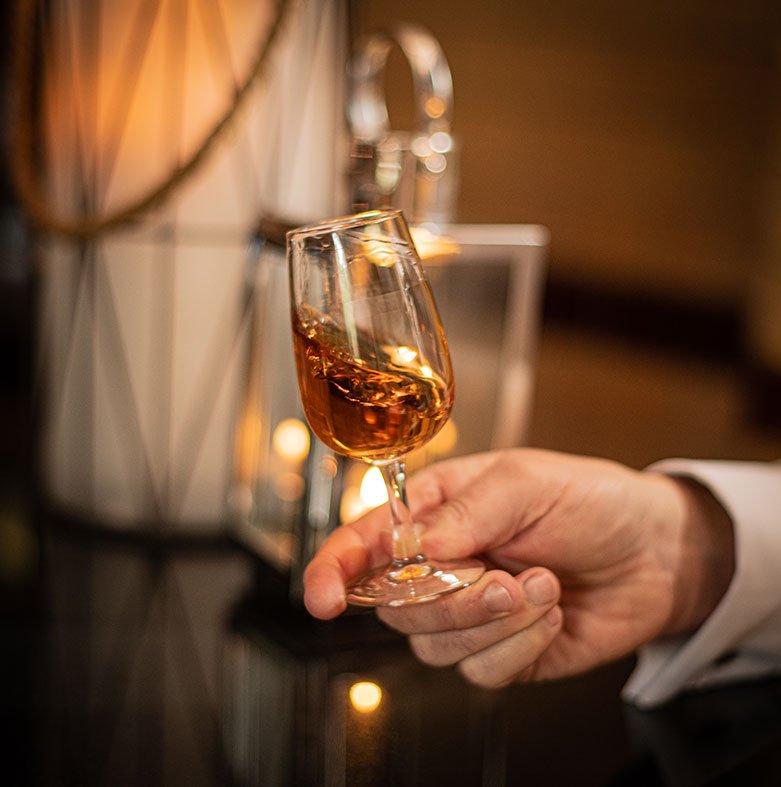 The Beginning Of The End

The end for Gerston One. Anecdotal evidence suggests that a neighbouring farmer dredged land adjacent to the well, resulting in it drying up. A letter of 1975, sent to the People’s Journal in Dundee claimed that the local water supply was ruined when a planned extension to the distillery cut the flow of the spring, causing it to flow in another direction. Either scenario would have been ruinous for the distillery.

At the age of 76, Swanson quite possibly concluded that the business was no longer viable. The distillery was sold but never produced the same quality whisky again and closed for good in 1875.

The end for Gerston Two. Gerston Two was built on an entirely different scale and was by far the largest industrial complex in the area. When built it was the most technically advanced distillery in Scotland. The Gerston Distillery Company set out to develop the existing demand for whisky from Gerston One – particularly in London. However, they chose industrial solutions to supply raw materials, fundamentally changing the taste of Gerston whisky, and as a result found it difficult to replicate the taste or quality of Swanson’s whisky.