Dalaruan Distillery has an unusual story of how its founder, Charles Colvill, once had to share a hotel bed on Islay with a visiting excise officer who told him at length about the whisky industry on the island. Charles gave up being an itinerant Cartwright (cart maker) and turned to distilling, with considerable success.

Production started with a hydrometer, four hogsheads at a cost of 1 shilling, bolls of local bere barley, liquid yeast coming from the Greenhead Brewery in Glasgow, who sent 16 gallons of brewer’s yeast. Malting was performed on-site, with barley steeped in water from Crosshill Loch before being spread across one of Dalaruan’s four malt-barns.

Robert Armour installed the stills, the distillery was expanded and modernised several times and would have three pot-stills in the 1880s; a 2,750-gallon wash still, and two others with a capacity of 1,886 and 850 gallons respectively. Worm-tubs were situated outside of the Still House, parallel to a lade which ensured a steady stream of chilled water to condense the fresh distillate. 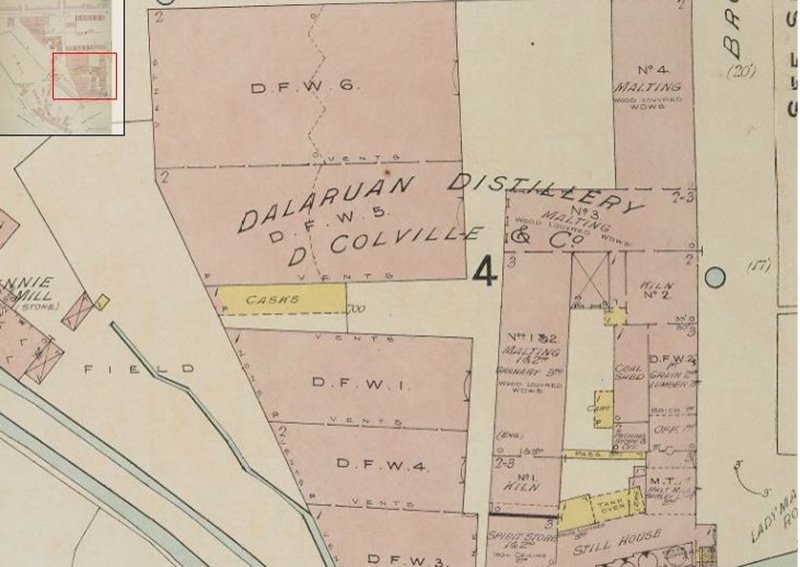 The kilns would be at the centre of Dalaruan’s most dramatic episode, in July 1896 around 1am, a fire broke out in the Eastern kiln, and soon the adjoining stables were in flames. The fire spread to the granaries and malt barns and threatened to engulf the complex. Two watchmen on patrol sounded the alarm, but the fire would have been overwhelming had the lookout of a moored warship, the HMS Northampton, not noticed the blaze.

Dalaruan received its mains water from Crosshill Loch, like other Campbeltown distilleries. The loch was built by the Duke of Argyll explicitly to encourage the founding of distilleries by offering a clean and consistent water supply. Crosshill Loch is filled with spring water from further up Beinn Ghuilean, which flows over limestone before settling in the loch. Limestone adds minerals like calcium and filters out impurities. The area’s high volume of rainfall ensured the distillers were never lacking for water. Dalaruan was supplemented by two private 9-feet wells on its grounds which Alfred Barnard assured his readers in 1887 contained natural springs of the highest quality, principally for reducing the alcoholic strength of the whisky before it was put into casks for maturation.

Dalaruan in its early years would have been filled into rum, sherry, beer, wine, fresh oak casks. It was customary for clients to return their casks to the distillery, to be filled again. Although it was not a legal requirement to age whisky until 1916, it was understood that some aging was required to improve the youthful spirit. The use of a rum cask by David Colville would impart hints of tropical fruit and caramel notes. 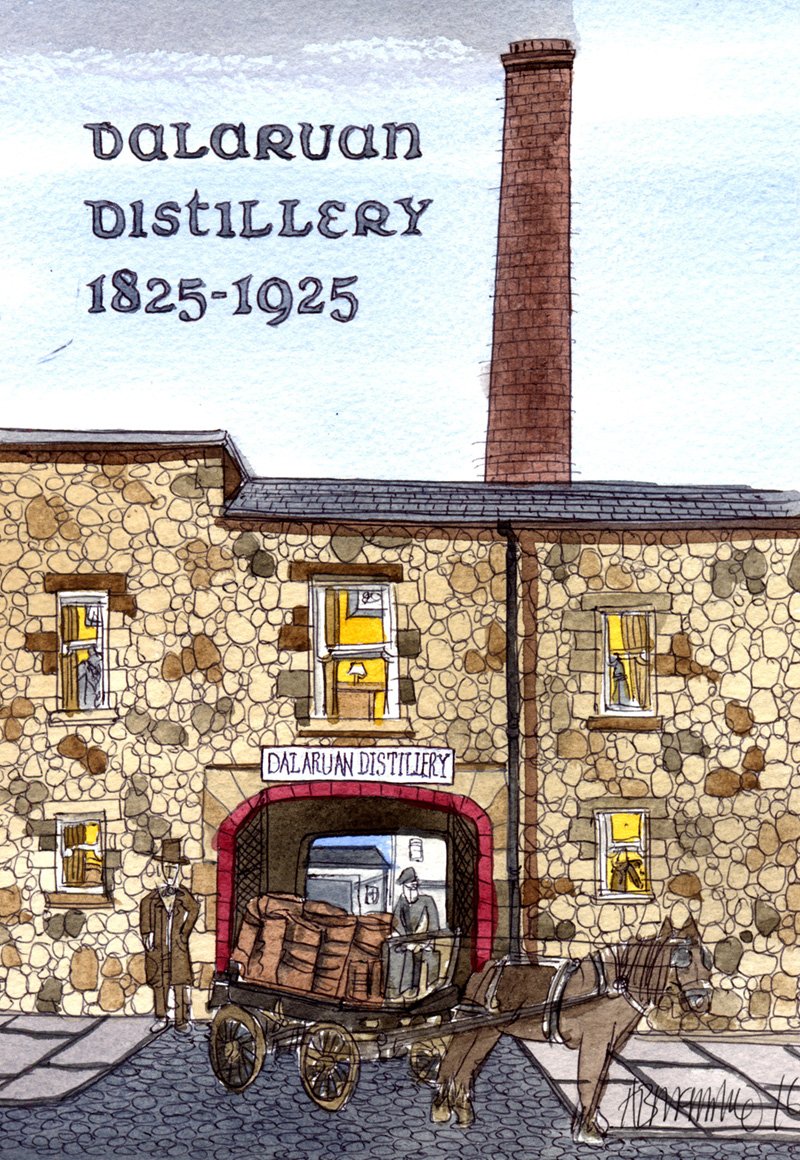 Beginning Of The End

By 1835, there were 29 distilleries in Campbeltown, including Dalaruan – at its peak 34 distilleries operated in the ‘whisky capital’ before economic collapse in the 1920’s.

Campbeltown’s demise in the 1920’s was down to overproduction, US prohibition, blenders preference for Speyside Scotch, and the impact of minimum aging & post war tax increases – this perfect storm forced distilling families to seek a better life abroad. On Dalaruan’s closure in 1925, aged stocks were sold off, the buildings demolished within five years and replaced by a housing estate renamed Parliament Place. It’s a tragedy this legend was lost to history.